Several Apple patents have been granted by the US Patent & Trademark Office. Following is a summary of each.

Patent number 7844915 is for application programming interfaces for scrolling operations. At least certain embodiments of the present disclosure include an environment with user interface software interacting with a software application. A method for operating through an application programming interface (API) in this environment includes transferring a set bounce call. The method further includes setting at least one of maximum and minimum bounce values. The set bounce call causes a bounce of a scrolled region in an opposite direction of a scroll based on a region past an edge of the scrolled region being visible in a display region at the end of the scroll. The inventors are Andrew Platzer and Scott Herz.

Patent number 7844842 involves a variable refresh rate for power management. Per the patent, a data processing system refreshes a display at a first frequency when operating in a first power mode. The data processing system refreshes the display at a second frequency when operating in a second mode. The first frequency is higher than the second frequency, and the second power mode is configured to consume less power than the first power mode. The inventors are Assana Fard and Haroon Saleem Sheikh.

Patent number 7844548 is for techniques and systems for electronic submission of media for network-based distribution. . The submission of media to the media distribution site is able to be performed by numerous submitters in a uniform and computer-assisted manner. The submitted media can then be encoded in a largely automated manner at the media distribution site into a suitable digital form and then made available for online purchase and distribution. The inventors are Gregory Robbin, David Heller and Max Muller. 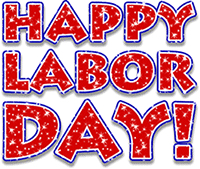