“Forbes” magazine says Scott Forstall, Apple’s senior vice president of iPhone Software, is “a name you need to know” in 2011.

Here’s what’ “Forbes” say about Forstall: “Last month, Jobs said we’ll start finding more ideas from the mobile version of Apple’s OS X operating system recycled in its desktop machines. It’s also a safe bet that the software will play a role at the center of any new devices Apple introduces over the next few years.

“So, Keep an eye on Scott Forstall, the engineer who came to Apple from NeXT with Jobs, and who runs Apple’s iOS group, which now power more than 100 million iPhones, iPads, and iPods. Forstall was one of the original architects of OS X, the operating system that saved the company earlier this decade.”

Forstall graduated from Stanford University in 1991 with a degree in symbolic systems, and received his Master’s Degree in 1992 for computer science, also from Stanford. 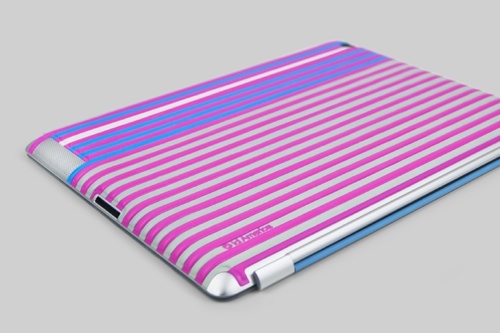 This iPad 2 accessory is Cushi, if a bit too funky looking