Kinect would have made a nice fit at Apple

Leander Kahney of “Cult of Mac” says (http://www.cultofmac.com/how-apple-almost-got-microsofts-kinect-game-controller/67951) that Apple was the first place that PrimeSense, the company who developed the technology behind Microsoft’s Kinect camera for the Xbox 360.

Kinect is a motion control system for the game console. It can can sense and respond to users’ body motions as well as their voices. Based around a webcam-style add-on peripheral for the Xbox 360, it enables users to control and interact with the console without a game controller. Instead they use gestures, spoken commands and/or objects and images.

“It was the most natural place for the technology,” PrimeSense CEO Inon Beracha told Kahney. However, dealing with Apple was a “pain in the ass,” he says.

“Apple has a history of interface innovation, of course, and had recently introduced the iPhone with its paradigm-shifting multitouch UI,” says “Cult of Mac.” “PrimeSense’s system went one step further: It was multitouch that you didn’t even have to touch. Apple seemed like a natural fit. Yet the initial meetings hadn’t gone so well. Obsessed with secrecy, Apple had already asked Beracha to sign a stack of crippling legal agreements and NDAs.”

I’m not surprised. Apple can be a very difficult company with which to deal. Very difficult.

That’s a bit of a shame in this case as Beracha was right: Kinect would be a natural fit with Apple’s other work.

That said, I suspect Apple will eventually unveil its own version of a motion control system that works with the iSight/FaceTime camera on Apple’s Macs and Cinema Displays. The result would provides the ability to control your Mac and accomplish chores on it with gesture-based technology. I suspect we’ll see something like this come our way within the next 18 to 24 months. 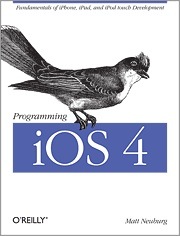