TeamLava has announced its free social diner game, Restaurant Story, for iOS devices. Users are given a persistent restaurant to design and style, with ever-increasing amounts of content to create their ideal theme restaurant.

Apps For Al has released Communication Apps 1.0, an US$0.99 health care app for the iPhone, iPad and iPod touch. Focused solely on identifying the best apps that assist and augment verbal communication, it provides recommendations for apps in a single category of health-related apps. Communication Apps provides a curated list, saving you time and money by identifying best-of-breed apps in this category.

Gauntlet Productions has unveiled Zombie Outbreak 1.0, a $1.99 puzzle/strategy/resource management game for the iPhone and iPod touch. A player takes the part of a world leader as they issue commands aimed at stopping a plague of zombies from completely wiping out mankind. Starting in one of 14 countries players have 68 commands over 13 categories they can issue to counter the zombie threat.

Comboapp is offering Pocket CFO — Accountant’s Guide to Financial Management for iPad ($39.99). Optimized and designed specifically for mobile learning on the the tablet device, it’s designed for entrepreneurs who are active in accounting yet and have no formal training. It adds the ability to add an academic foundation to their accounting skills.

AssistiveWare has produced Pictello 1.0 for the iPhone and iPod touch. The $14.99 app offers a way to create talking photo albums and talking books. Each page in a Pictello Story can contain a picture, up to five lines of text, and a recorded sound or text-to-speech using high-quality voices. Stories can be shared using iTunes File Sharing or via Wi-Fi with other Pictello users through a free account on the Pictello Sharing Server.

Teach Me Sushi has served up Teach Me Sushi Expert 1.0, its latest iPhone application. The free app offers tools and over 45 minutes of instructional videos demonstrating how users can make advanced sushi rolls in their own homes. The $4.99 Expert offering takes the lessons a step further, teaching users to create advanced rolls including Shrimp Tempura, Volcano Rolls and Spicy Crunchy Tuna Rolls.

Chad Towns has debuted Jonah and the Whale, a faith-based, $0.99 app based on the Biblical story of Jonah and the fish, for iPhone, iPad and iPod touch users. It uses a third person jumper perspective where players become Jonah as he is launched from the whale’s mouth.

Cityhues Digital Media Group has announced MoonNavis 1.0, a $1.99 game for iOS devices. It’s a simulation game that gives players the experience of piloting a Lunar Lander to the surface of the moon with limited rocket fuel and limited time.

Point618 Design has announced RecipePad 1.1 for iPad. The $4.99 app displays the procedures on large note cards. RecipePad lets users navigate through their recipe procedures step by step by tapping on the kitchen counter, rather than using the touch screen. Users who manage their recipe collection on their Mac with MacGourmet or YummySoup! can import their recipes into RecipePad using iTunes File Sharing.

The free Footfeed for iOS introduces “check-in economy” for users of Foursquare, Google Latitude, Brightkite, and Gowalla. It allows them to check in to multiple services with a single click while reaping the benefits of the location-specific deals from each. Version 2.0 allows check-in fanatics to peruse comments and tips of hip new places in their vicinity. The Stats screen allows users to view their check-ins, points, badges, stamps, and more all in one place.

The Runware Company has unveiled GooTasks 4.0 for iOS. It’s an update of the free app that offers a way for managing task lists that can sync with multiple Google accounts with your iPhone, iPad and iPod touch. It can also be used without any Internet connection. Changes will be saved and sent to Google the next time you will be connected. GooTasks has a native support for multiple accounts for sharing tasks with family or co-workers by using the same Google Account.

IGG Software is offering iBank Mobile 1.2 for the iPhone and iPod touch. A free update for current users, the latest version of the $4.99 mobile finance management app adds enhanced resolution via Retina Display support, multi-tasking capabilities, the ability to search for transactions across all accounts and a new QIF export feature, as well as several other enhancements and fixes.

Viet Tran has rolled out Notes Plus 2.0 for the iPad. Created to provide users with a note-taking alternative for the Apple tablet, the $3.99 app provides users with a “close-up” writing mode that allows users to hand write notes in a magnified area.

Redbits has upgraded Group Email!, its $3.99 app for iOS devices, to version 1.2. It now now runs on the iPad in native mode. With Group Email! you can send email to groups, to handpicked set of contacts or to custom distribution lists. You can optionally attach photos, videos, documents, your current location information with map and address, audio clips, pasteboard content and contacts information. And if you send the same email text frequently, you can create a template and use it for save typing. 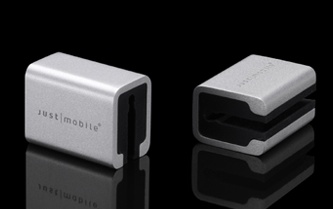 Mobile banking users to exceed one billion this year