Count the iPad and Apple is #1 U.S. computer vendor

If you count the iPad as a personal computer — as I’ve long claimed should be done — Apple is now the number one computer maker in the US, notes Deutsche Bank analyst Chris Whitmore.

He told clients in a note Monday — as reported by “Fortune” (http://tech.fortune.cnn.com/2010/10/18/what-if-the-ipad-were-a-pc/?section=magazines_fortune&utm_source=feedburner&utm_medium=feed&utm_campaign=Feed%3A+rss%2Fmagazines_fortune+%28Fortune+Magazine%29) — the Apple tablet is “driving a rapid, unprecedented shift in the structure of the computing industry.”

To illustrate that point, Whitmore has taken a chart of domestic PC market shares over the past seven quarters as measured by IDC, which doesn’t consider tablets to be personal computers, and recalculated it with the iPad figured in. According to Whitmore,

° The U.S. PC market grew 4% year-over-year in the third quarter of 2010 without the iPad, according to IDC. Include the iPad, as Whitmore feels one ought to, and that growth jumps to 24%.

° When the iPad is part of the mix, Apple’s share of the U.S. computer market is about 25%. That makes it the market leader, placing it ahead of HP and Dell, having gained 18 points in the space of two quarters. 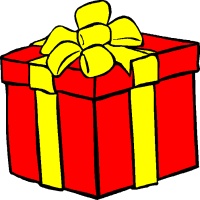 Happy holidays from all of us at MacTech and MacNews

Apple developer starts company to focus on the iPad, HTML5