I read an article in the “Wall Street Journal” this morning about another problem with Adobe Flash that I had never heard of. It turns out Adobe Flash, in addition to the other known issues related to crashing, memory hog problems etc, also exposes users to being tracked as they surf the web.

The cookies that are picked up like little muddy footprints across the web are now not the only web tracking method we have to worry about. Adobe Flash keeps a log of where you have been in another place in your system files. These Adobe Flash tracking files can be apparently accessed without your consent.

While Adobe condemns the use of Flash to track users, the infrastructure of Flash certainly allows it. A company called Ring Leader Digital has been using Flash to make sure you get advertising that they think fits your web browsing history. How nice of them.  Ring Leader Digital claims anyone who wants to opt out can go to http://www.ringleaderdigital.com and opt out of being tracked.  Opt out? who the heck opted me in?!!!

Great, so who else is secretly tracking me I need to be aware of? It is impossible to know everyone who is attempting to invade our privacy when they are allowed to assume everyone is opted in, unless they specifically opt out. Wrong. It should certainly be the other way around by law. Cookies are legal, but advertising tech development keeps chipping away at our web privacy. Congress, (may they rest in hell), is working on the problem and a number of Federal lawsuits are under way to define privacy in such cases.

There should be a law where everyone is opted out, unless they specifically opt themselves in.   As the fearless leader of the Apple movement, Steve Jobs once stated that companies should ask consumers “every time” if they want to use their data. This amounts to a default where everyone is opted out unless specifically opted in. I agree completely.

While the courts have alluded to a constitutional right to privacy, privacy seems to be being trimmed around the edges all the time. The 9th Federal Court Jurisdiction, which includes a lot of the West and California, ruled the cops can put a GPS radio tracking unit on your car in the middle of the night without a warrant unless they would have to climb over a fence to do so.  Your reasonable expectation of privacy, that people shouldn’t trespass on your property at night and bug your car, seems to be limited by the amount of security fences you can buy.  National security issue? Nope this guy was growing pot and kept eluding the cops that were trailing him, so they GPS tracked him to find his hidden garden and then busted him.

All this sounds a little Big Brotherish to me. I dumped all my cookies this morning and went to opt out again at http://www.google.com/ads/preferences/plugin/ and mashed the button to quash Google ad tracking and DoubleClick tracking. Then I went to http://www.ringleaderdigital.com and opted out of being tracked there. I still have the sense that Big Brother is looking over my shoulder. Perhaps I should get rid of everything with the word Flash on it?

A month ago I was doing some patent research on an idea and due to going to patent research sites Google picked up on the notion I was an inventor (which happens to be true) and began to serve me banner ads for one of those companies that cheat inventors. You know the companies that like your invention no matter how stupid it is and the more money you pay them the better they like it. I know 99.9% of inventors who pay them to “develop their inventions” are cheated out of every penny they pay these bunko operations. I was dunned 25 times a day with the same ad for a month and that began shortly after using Google to search patents. Thanks anyway, Google, but I can find my own bunko artists if I want them.  Just for fun I also changed my default search engine to Bing. At least I know I can’t trust Malcrosoft.

I was appalled that after dumping all my cookies in Safari, going to only eight news sites, including CNN, I had a full page of new cookies in my Safari Preference cookie pane again.  While I am not planning a terrorist attack and find illegal images disgusting, I really prefer to not have anyone tracking me or helping me see advertising they think I might like. I can make my own buying decisions and find the companies I want to do business with without being Flashed by Adobe, thank you. That’s Greg’s Bite for today. 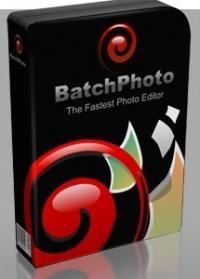