CoreMelt has announced Lock & Load Express (http://www.lockandloadx.com/lock-and-load-express.html), an addition to its line of video effects software tools. It harnesses much of the key functionality found in Lock & Load X, including rolling shutter reduction, but in a simplified version that caters primarily to videographers and prosumers using DSLR cameras and working on Apple’s Final Cut Express editing suite. L

The gang at CoreMelt says that while Lock & Load X has gained considerable praise as a tool to improve video quality for users on higher end editing software applications, there are videographers utilizing DSLR and CMOS sensor based cameras running on Final Cut Express, which does not have a built-in image stabilizer (Lock & Load Express is currently the only stabilizer designed for Final Cut Express), who don’t need access to every control in processing their footage, but need a reliable tool to stabilize footage featuring rolling shutter artifacts at a lower price point.

The Lock & Load Express plug-in requires Mac OS X 10.5.4 or later on a Mac with an Intel processor and Final Cut Express 4.0 or later. It’s available for US$79. 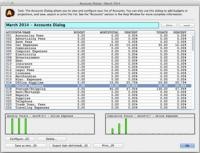