Microspot (http://www.microspot.com) has released the 25th anniversary editions of MacDraft Professional and MacDraft Personal Edition. These are major new versions of the program that was first sold in 1985 to compete with Apple’s MacDraw. I

Version 6 offers a new drag and drop library palette/media browser that’s the same as used in Microspot Interiors. It’s designed to make access to multiple libraries easier and faster than before. It also works with iPhoto for image dropping and images can be dragged straight in from the desktop. The Layers Palette has also been redesigned to allow easier manipulation of multilayer documents because the palette stays in view it gives a continuous indication of what’s showing in the document window. Merging of layers is now also undoable.

The handling of images in MacDraft 6 has been improved with the addition of an Image menu containing new controls for image manipulation, so images don’t need to be pre-processed in other image editing applications. The new functions allow you to adjust the brightness contrast and RGB values, to blur or sharpen the image, to adjust levels, hue and saturation, apply Autofix and some simple filters. Export Image enables the processed image to be transferred to other applications in many different formats so changes aren’t lost.

To complement this, the resize palette has been improved so images can be resized by dpi, pixel size or unit size. Canvas controls allow borders to be added with different colors and transparencies and images can also be precisely cropped. The image can also have an outline that can have line thickness, color, transparency, texture and even dashing applied to it.

A new customizable toolbar in MacDraft 6 lets you access large number of menu commands. Microsoft says it’s totally changed the co-ordinate system so it can be much more accurate and the new file format has been built with plenty of room for future expansion. The new format has allowed thems to increase the maximum drawing size to over 14 feet, 10 inches square. This is ten times the area of the previous version. The size that the drawing is displayed is now adjusted to the LCD monitor resolution.

In version 6, the DWG/DXF import and export has been updated and improved and now supports later file types improving usability. Some other more minor improvements include a simplification of drawing technique so objects can be initiated with a click instead of a drag, and objects can be duplicated with Option Drag again like other programs.

MacDraft Personal Edition has also been updated and now supports up to five layers and includes all the above improvements except the increased paper size. As it also does not import or export DWG/DXF files there are no improvements there. 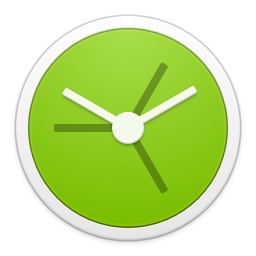