‘MacNotables’ looks at the evolution of the iPod

The latest edition of “MacNotables” (http://www.macnotables.com/wordpress/), a podcast that serves as home to Mac personalities who will comment on the latest news and opinions in the Mac community, is available.

Like many tech analysts, Ted Landau has spent considerable time pondering the evolution of the iPod, especially in light of Apple’s newly revamped lineup for the portable music player. Note the word “music” because video, both taking and watching, is now a think of the past on all but the iPod touch.

Landau discusses the return of buttons to the iPod shuffle, and the loss of them on the iPod nano, whether a touch screen really makes sense at that size, and how Apple is posturing these devices for the future. He and host Chuck Joiner also delve into the new Apple TV, the market for online video, frustration with the cost of cable, and what Hollywood and the cable companies are missing. Landau wraps up by providing perspective on Apple’s new music social network, Ping, what works and what doesn’t and for whom.

Macs used in Lord of the Rings production 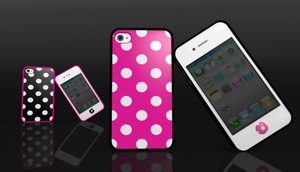