Chiaro Software has announced the availability of FireRocker HD, its US$0.99 radio app for the iPad. It replaces the old radio app called Radio Tool X Deluxe; however, all users of Radio Tool X products may download the FireRocker equivalent product for free.

RinnApps has released ArtikPix 1.0.1 for iPhone/iPod touch. It’s an interactive articulation app with flashcard and matching activities for children with speech sound delays. It provides an experience for children to practice sounds independently, with their parent or speech-language pathologist. ArtikPix 1.0.1 is available for free with the “th” card deck. Additional decks can be purchased in the app for $2.99 each, in groups, or all decks for $49.99.

3D Magic Kft.has introduced Assault Commando 1.0, a $1.99 game for iPhone, iPad and iPod touch users. It’s a top-down 3D shooter, set in the South American jungle in the style of the old “Rambo” and “Commando” games.

Phone artist deeje has launched iSparkler 1.0, an interactive virtual sparkler creation tool for iPhone 4. The app enables the user to create, name, and save thousands of unique digital sparklers that respond to movement of the iPhone. Stop motion photos, capturing the multi-colored particles and designs emitted by the streaking virtual sparkler, can be saved and shared. iSparkler 1.0 is regularly priced at $1.99, but is available for a limited time for $0.99.

MacPhun has debuted Real-Time Distorter 1.0 for iPhone users who like to have fun. Much like fun house mirrors, the $0.99 app reflects images of people appearing on the iPhone screen into funny shapes that can then be photographed or video recorded. Users have a choice of 11 different distorted effects that can be applied to views, as well as share their pictures and videos with others from within the app.

Vizros Software has updated Palm Lab 1.1, their $1.99 personal photo processing facility for the iPhone and iPod touch, to version 1.1. With Palm Lab, users can load a photo into the developing tank, and in just a few seconds watch the film gradually develop. The picture is ready and can be saved or shared with others. Palm Lab features more than 20 processing “chemicals,” offers process control, and more.

Shazam, a mobile discovery provider, has announced feature updates that take advantage of iPhone 4 features and iOS4 operating system. The new features are applicable to all Shazam versions for the iPhone and iPod touch — Shazam Encore, Shazam (Product) RED Special Edition App and the Shazam free App. The company is also introducing a new annual pricing option for its premium offering. What’s more, users can now upgrade to Shazam Encore from within the app. They can choose to buy the premium version for an annual fee of $2.99 (launch offer) or choose lifetime at $4.99. Alternatively they can stay with the free version offering five tags a month. 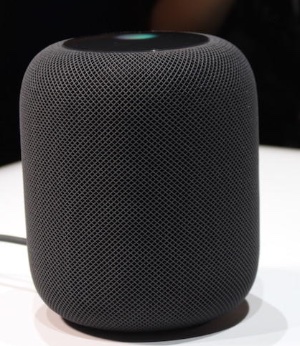