The interface is uncluttered and simple to use once you grasp the basics of the program. Its layout is similar to other Adobe programs such as Photoshop, Illustrator, and Fireworks. Content is organized into pages/states that allow you to see exactly how content will look as you built different interactions. For example, if a user clicks a button to magnify the view of a street map, you can see the current page and the magnified view in the Pages/States panel.

The artboard, which displays the page’s content, is in the center surrounded by assorted panels. The Wireframe Components panel contains 10 prebuilt components whose appearance can be modified using the Properties panel. These prebuilt components are nice to have if you’re building a rapid prototype.

The real power behind Catalyst is the ability to import your own artwork and convert it to a component. Converting artwork to a component is easy. First, import either an Illustrator or Photoshop file into Catalyst. Next, select the element you want to convert to a component. The heads-up display (HUD) window will appear displaying a list of the different types of components that you can convert the element into. Once you have selected a component type, the HUD displays a note called Next Steps, telling you how to finalize the component. Catalyst writes the code needed behind the scenes.

The Tool panel provides basic tools for adding a line, rectangle, circle, or other closed shapes to a page. The Properties panel for each tool lets you specify fill color, stroke color, and fill opacity. Catalyst was built to allow designers to import artwork rather than create it, and its roundtrip editing capabilities with Photoshop and Illustrator CS5 are straightforward and easy-to-use.

The Timeline panel allows you to adjust the duration and smoothness of transitions between pages/states and objects, such as video. A limited variety of actions can be added to objects from the Timeline panel. For example, you can add an action to rotate an object or change its alpha. Grouped with the Timeline panel is the Design-Time Data panel. This panel allows you to add mock data such as text or images to simulate connection to a database. Once the design is completed, the Flash Catalyst file is handed off to a developer to add the connection code using Flash Builder.

You can choose to publish your project for deployment on the Web and create a desktop application. To publish your project, choose File>Publish to SWF/AIR to open the Publish to SWF dialog. This dialog contains a list of options for publishing your project, including Build for Accessibility, Build Version for Upload to a Web Server, Build Version to View Offline, and Build AIR Application. I checked all options when I published my file. While the file wasn’t large, it did contain several interactions and a video. Catalyst published all three versions of the projects into easily identifiable folders: AIR, Deploy to Web, and Run Local.

I like Catalyst for the audience for which it was designed. Overall, it’s easy to use. I didn’t find it particularly intuitive but I was able to create a simple project after following an Adobe tutorial. However, I didn’t always get what I expected when I applied a timeline action to an object. I also found the settings in the Properties panel for the actions limiting. Catalyst definitely has a place in the world of interactive development. It fills a niche by allowing designers to concentrate on designing rather than learning code. 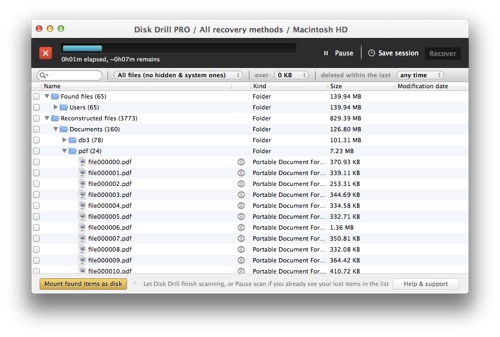