We know Apple and other companies have been working on ePay systems using smart phones and some sort of electronic “radio bridge” to make it possible to pay for small things or even a tank of gas, by using your cell phone to pay.

RFID chips already make short range radio information reading devices possible for electronic checkout of a whole cart of goods, for example, simply by walking past an electronic check out point. Each item in the cart has an RFID chip on it that transmits an identification code containing a lot of information when it is hit by strong radio waves of a certain frequency.  Bluetooth is another way to do the trick. Sounds cool, but the whole thing has sort of a “big brother,” heavy handed feel to it. Can this be the Mark of the Beast or the next big bunko target, stealing you blind while you walk the streets unaware you have been just been financially mugged?

Bank of America and Visa are soon offering a new debit card account in the New York area that uses an RFID chip that is mounted on your cell phone adhesively or hidden in the protective case.  Some designs are actually using memory card formats. The experiment is obviously testing the market for rolling the concept out more widely. I am no longer a fan of B. of A. fan due to a loan shark story best reserved for another time, but this sort of innovation promises to make small purchases without cash easy.

There was a lot of flack about adding RFID chips to US passports, since it would be possible to mingle in a crowd of people at an airport and read passport information just by getting near people, if you had the right hardware device in your pocket.  It is possible to partly shield the chips with a metal foil radio field dampening cover added to the passport jacket.   Last I heard, that idea still was on the back burner due to the uproar from privacy advocates.  Funny how privacy is not an issue, until it is your own information at risk.

All sorts of problems could arise in a store upon electronic automatic check out of an entire cart, that would cause some items to not be charged for at all or duplicate charges being racked up or the wrong price being charged for an item. My wife is much better than I am at double checking the register receipt when she shops. Even with the existing bar code system, where things are scanned individually at the check out area, mistakes happen all the time, where something gets charged twice or not at all or are charged at a different price by the computer, than displayed on the shelf. I have always maintained that if an item is not marked at the shelf, it should be free.   Great idea for a new consumer protection law ….

Every system of eCommerce ever devised has been hacked. Cash and credit cards can be stolen or lost. Price sticker can be peeled off and replaced with a cheaper sticker, so stores perforate the stickers so they tear off in bits if you try to remove them. Bar code stickers can be changed, so they make them stick so well the item is forever marred with bar code glue or they just print the darn bar code on the item. ATM and credit card information gets skimmed by thieves. Checks get lost or stolen. We read about credit card numbers being stolen by the million through internet hacking. Virtually every bank and credit card company out there offers free insurance to protect account holders, yet fear keeps a lot of people from using the web to buy things.

People are understandably worried and each new system of commerce has its unique weaknesses and strengths. My pastor and I tried to convince the deacon board at the church to add a PayPal sort of “donation on line” element to the church web site. Some of the deacons are dead set against it, mainly due to security issues and a distrust of new methods of commerce. Some of them related stories of embezzlement and personal loss due to e-commerce.  We have all read about Nigerian Bank Fraud losses, money directly stolen from bank accounts. Actual experiences which are real, but rare, along with urban legends tend to create fear for anything that can drain your bank account without direct control. Personally, I don’t do automatic payments more out of concern that I will forget to deduct the payment than fear of electronic fraud.

The Apple “1 Click shopping” feature on my Apple Store/iTunes account makes me worry my daughter, armed with her iPod touch or my iPad, might accidentally buy something I haven’t agreed to. Apple already has my account number and permission on file from me to use it. So far so good, but a lot of apps allow purchases from on-line accounts anymore.

Passwords now need to be as long as the road between Fort Worth and Dallas just to be safe from hackers. Then comes Apple with a new Bump to Pay concept. Maybe I am just too old and tired to embrace the idea, rather than worried from a technological point of view. I down loaded a “Bump to Share Contacts” app the other day after another iPhone user I met tried to Bump me and my iPhone went, duh … what is bump?  I hooked up to WiFi and downloaded the free app and 2 minutes later, our iPhones were close friends. The two phones used bluetooth to trade contact info automatically. I guess you have to be careful who you “bump” into anymore.

The problem with credit cards is really, that to buy a $1 bottle of pop with a credit card is silly.  Even buying a meal at McDonald’s, which I have done when I am out of cash, is sort of misusing a debit card it seems to me. A Bump to Pay system where vending machines charge a small cash account connected to your iPhone to pay for small stuff really makes some sense. Let’s say you put $20 into your Bump Account.

When you add location services (which needs be the subject of an entire article on privacy) to a Bump to Pay system for small purchases, it begins be more interesting. Take vending machines, subway rides, movies or the like, where the amount paid is small, advertising could pop up due to location services since it knows were you are. The cheap pizza deal, just around the corner, where you Bump to Pay for one slice of cheese pizza and a drink for only $2, as a special iPhone bargain might be cool. (Obviously, I am dreaming that a piece of pizza and a soft drink in New York could be had for $2)

In a more ominous note, there are rumors AT&T, Verizon and T-Mobile are conspiring to set up their own pay by phone “Bump” type program that will cut Visa and the likes of B. of A. out of the loop. I wouldn’t put it past Apple to develop their own account system as well. Now, in addition to everything else we have to fear, can electronic pick pockets bumping their way into our bank accounts be far behind?

In a more ominous note, there are rumors AT&T, Verizon and T-Mobile are conspiring to set up their own pay by phone “Bump” type program that will cut Visa and the likes of B. of A. out of the loop. I wouldn’t put it past Apple to develop their own account system as well. Now, in addition to everything else we have to fear, can electronic pick pockets bumping their way into our bank accounts be far behind?

Analyst: Microsoft shares because of Mac competition to Windows systems 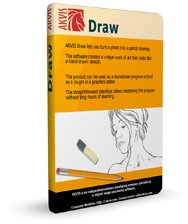