The NCAR Command Language (http://www.ncar.ucar.edu/) is a programming language designed specifically for the access, analysis, and visualization of data. NCL can be run in interactive mode, where each line is interpreted as it is entered at your workstation, or it can be run in batch mode as an interpreter of complete scripts.

NetLogo (http://ccl.northwestern.edu/) is a programmable modeling environment for simulating natural and social phenomena. It’s designed for modeling complex systems developing over time. Modelers can give instructions to hundreds or thousands of independent “agents” all operating in parallel.

Neural Network Tool (http://www.mathworks.com) provides a complete set of functions and a graphical user interface for the design, implementation, visualization, and simulation of neural networks. It supports the most commonly used supervised and unsupervised network architectures and a comprehensive set of training and learning functions.

NMR Pipe (http://spin.niddk.nih.gov/bax/software/NMRPipe/) provides facilities for Fourier processing of spectra in one to four dimensions, as well as a variety of facilities for spectral display and analysis.

Stateflow Coder (http://www.mathworks.com) generates embeddable integer, floating-point or fixed-point C code for stand-alone targets. It can generate code exclusively for the Statflow portion of a Simulink model as well as code that’s inserted as subroutines into existing code.

StpMap (http://amath.colorado.edu/faculty/jdm/stdmap.html) displays the dynamics of several “area preserving” mappings. These are examples of conservative systems (like the forced pendulum) that exhibit chaotic behavior. It will also find periodic orbits, cantori, and stable and unstable manifolds of any (symmetric) periodic orbit.

The System Identification Toolbox (http://www.mathworks.com) is a collection of MATLAB functions for creating mathematical models of dynamic systems. It allows you to create models based on observed input/output data.

TAMS Analyzer (http://tamsys.sourceforge.net/) is a qualitative research package that provides support for transcription, coding, analysis, and reporting of qualitative data (interviews, observations, text data). The program supports team work through a central MySQL server or stand alone projects, typical of dissertations. The TAMS Analyzer supports QuickTime compatible media files (AIFF, WAV MP3) etc., which can be linked to transcripts or logs. The program also supports hierarchical code systems as well as arbitrary grouping of codes into complex sets which can be analyzed through either graphical or table style reports.

Tecplot (http://www.tecplot.com/) is visualization software for engineers and scientists with extensive XY, 2- and 3-D capabilities for scientific data visualization.

Time Series (http://www.wolfram.com)includes specialized Mathematica functions and utilities that are used to create and manipulate univariate and multivariate time series models. It’s an integrated environment for mathematical and graphical computation, the user can use the pack to visualize real data, fit models to data, and forecast future values. 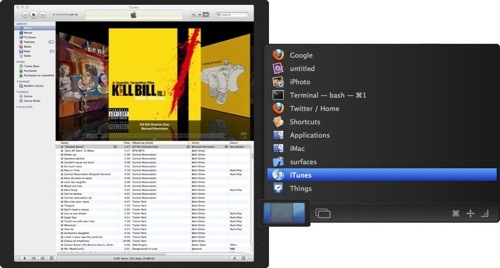