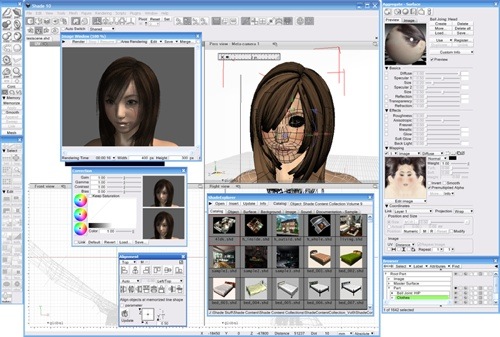 Mirye Software (http://www.mirye.net) has announced the the Shade X 2010 Early Access Program for users of Shade 10 or higher. Shade X is an early access program that gives Shade users private access to early releases of the next generation of Shade, the professional 3D modeling, rendering and animation tool set from Mirye Software.

Shade X 2010 is available only to users of Shade 10. Shade X 2010 users will have access to pre-release versions of the next generation of Shade that will be released in English in 2011, as well as a full license of the product. Users of the Shade X Early Access Program will also have access to Shade Unplugged, a special, internal release of Shade, immediately available,  which adds several new features that will be incorporated into to the 2011 official release.

Bose and Andy Ihnatko on Your Mac Life