Brother UK has served up what it says is the world’s first iPhone app that allows users to scan to and print from their mobile phones. iPrint&Scan is free to download and allows customers to wirelessly print from and scan to their iPhone, iPod Touch or iPad — with a compatible printer from Brother’s latest inkjet multifunction printer range.

Humble Gaming has announced Live Notes 1.0, their first productivity app for the iPad. Designed for business professionals, students and academians, the US$5.99 app allows the user to synchronize voice recording with written notes.

White Shoe Media has announced Subrats 1.0.1 for the iPhone, iPod touch, and iPad. In the $0.99 app, you guide the subway’s toughest, yet least appreciated, inhabitants to garbage on the other side of highly dangerous train tracks.

Humble Gaming Limited has rolled out An Art Of War 1.0, a $1.99 game for the iPad. You choose a combination of soldiers with specific skills to attack or defend your position till re-enforcements arrive. You decide who fights and how they fight.

FourthFrame Technologies has introduced SG Action Log 1.0, a new iPad app for managing action items. The $9.99 expands the Simple Genius Apps suite to the ubiquitous domain of action item management. It helps managers maintain a list of actions with due dates, specific owners, a priority, and a history of notes.

The Hotlist (http://www.TheHotlist.com), a geo-social aggregator that shows users what’s going on in their Facebook network today, tomorrow and throughout the week, has launched The Hotlist iPhone app — and it’s free. It simplifies social decisions by providing event and venue data specifically tailored to the behavior and favorites of each user and their friends.

Davka Corporation is offering iKaddish 1.0 for the iPhone and iPod touch. It’s a free tutorial program that teaches the recitation of the Kaddish, the mourner’s prayer that is recited in the synagogue. iKaddish displays the text of the Kaddish in the original Aramaic and English transliteration, and chants the text, highlighting each word as it is pronounced. The Kaddish prayer is written in Aramaic, and its pronunciation and intonation can be difficult to master.

Busy moms and dads looking for a few minutes of relief have a new app to try out. Crazy Balloons is a balloon-themed collection of addictive mini-games that also has a simplified “Kid Mode” to keep children occupied while Mom (or Dad) is busy for a few minutes.

Vemedio has released Jubilee 1.1 for the iPad devices. the $3.99 app manages the birthday of contacts in the system-wide address book, by displaying them on a t calendar by pinning the picture of the contact onto the birth date. With a tap on the picture, you can send birthday cards.

CVZ Productions has announced Daily Tracker 5.0, an update to their $9.99 personal organizer for the iPhone and iPod touch. It offers one place to gather and track notes, activities, goals, time and more. Version 5.0 is optimized for iPhone 4 Retina Display, supports Apple VoiceOver and multi-tasking.

Motivated Apps has introduced version 1.2 release of their Looky Here! Digital Mirror app ($0.99). Exclusively for iPhone 4 users, it’s a “digital mirror” that uses the built-in front facing camera and the iPhone interface to bring the mirror to life. Users can zoom, rotate and hold their live image for a closer look.

kode80 LLC today released HoloToy 1.07, the seventh update to its no-glasses 3D digital toy for the iPhone, iPad and iPod touch. The $0.99 app works by distorting the 3D scenes displayed on screen in a way our brains would expect based on the current angle of the device. Version 1.07 adds the ability for users to create their own 3D scenes from images on the device using the new depth and transparency editors an 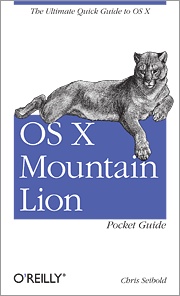