Another day, another lawsuit. The Lanier Law Firm is announcing a patent infringement lawsuit filed on behalf of Longview, Texas-based InNova Patent Licensing LLC against a group of 36 corporate defendants — including Apple — accused of infringing an InNova patent that represents one of the cornerstones of email communications.

The lawsuit, filed July 20, 2010, in the U.S. District Court for the Eastern District of Texas in Marshall, also names JCPenney, Google, AOL, Bank of America, HP, Frito Lay and others as defendants. If nothing else, it’s an eclectic group of companies being sued.

The federal lawsuit focuses on a InNova patent, U.S. Patent No. 6,018,761, that covers technology used to differentiate between spam email messages and those that users actually want to receive. The InNova patent was purportedly awarded to inventor and mathematician Robert Uomini nearly 15 years ago when Internet email was still in its formative stages. Uomini is the founder of InNova.

Patent-infringement attorney Christopher Banys, lead counsel for InNova, says the company’s patent is one of the building blocks for all email communications. InNova’s complaint alleges that the defendant companies have used InNova’s invention without permission for years. 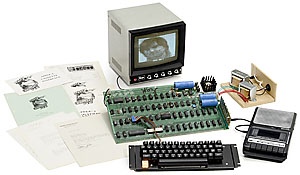