Apple is poised to become the world’s biggest buyer of semiconductors in 2012, as it rides the wave of strong demand for its iPad and iPhone, according to the iSuppli research group (http://www.isuppli.com).

Apple s expected to steadily move up the rankings in chip spending, fueled by the success of the iPad and iPhone, which “have garnered tremendous sales on a scale unequaled by rival devices,” according to a report by iSuppli. Apple, shares of which were up 3% in early trades, is expected to spend $12.4 billion this year, making it the third biggest chip buyer, behind HP and Samsung, notes “MarketWatch” (http://macosg.me/2/kk).

However, the company is on track to surpass Samsung for the No. 2 spot in 2011, when Apple is projected to spend $16.2 billion. H-P is expected to be the top chip buyer with $17.1 billion. 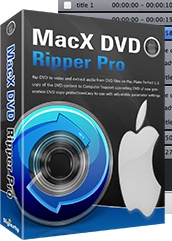 LinkOptimizer for InDesign gets improved batch processing of duplicate links