Greg’s bite: iOS drag and drop creator on the way?

Currently the Apple Developer Tools used to create apps for iOS, that run on the iPhone, iPod touch and iPad are really professional programs. While they have drag and drop elements, the way they all fit together and work to create an app is not something a child can easily do.

Some background in programing is very helpful. That is likely to change as an easy way to create apps for iOS may well be on the way. While it has not been announced or even hinted at by Apple, a move by Google guarantees a “user friendly” iOS app creator program will be released by Apple any time now.

The Google competition with Apple over content in their app stores is going to heat up with a new “Google Android App Inventor” tool to be launched soon by “Big G.”  With this software kit, that runs on Google servers “in the cloud” on a web browser, a person can create simple apps using “blocks” of programing that are graphically put together to preform app functions. The app you create will run on any Android phone and likely be posted on line for others to enjoy.

The Android App Inventor program has been likened to an electronic LEGO set. The graphically displayed blocks represent function code and systems on an Android phone.  The GPS, timer, database, speaker, calling features, pictures, camera etc are all accessible to the app and the functions configured using the blocks.

While this concept is still under development, a beta has been tested with children and older students over the last year.  This programing system was first developed at the Massachusetts Institute of Technology (MIT) with support by the Free Software Foundation.

Remember how complicated it was creating a web site using HTML code? Now you can use iWeb and, in minutes, have a nice looking and fully functional web site up and running on the web.  Imagine doing the same thing for an iOS app. That is what this is all about.

The number of apps on an app store may soon be deceptive, as user built apps that are rather crude will soon show up in app stores. These primitive apps may actually be a gold mine for professional app builders as good ideas and concepts with poor implementation will show up.  The pros can then swoop in and make the cobbled together “home made app” into something professional. In time, the differences between professionally created apps and home made apps may disappear.

Remember when companies spent thousands of dollar having a web site built by an outside company? Now savvy tech department build their own web sites using tools that make it a snap.  This is clearly the way app development is going to go as well.

The Google easy to use app developer kit is currently a closed beta and won’t be available to the general public for a while yet, but you can already get in line for access to the Android App Inventor site when it opens for business. You must apply to Google with a web form to gain access to the app builder site when it goes live. Go to http://services.google.com/fb/forms/appinventorinterest .

There is even an “App Inventor in action” video posted on You Tube demonstrating how easy it is to create very primitive apps. It is easy to see the potential for creating apps on the fly.
Go to http://www.techradar.com/news/internet/google-android-app-creator-for-n00bs-launched-702341#ixzz0tThspKOk .

To use the developer program a Gmail account will be needed to access the tools. There are tutorials posted on-line. This development will mean more apps on the Android app store and stoke the fire in the competition for users. While the apps will likely be quite primitive at first, the number of apps on the Android store are sure to spike.  Apple is unlikely to have been
caught flatfooted on this development; thus my prediction that an Apple iOS Platform “Easy App” will be announced soon.

It will likely be a while or perhaps never be possible to create really professional apps with a graphic drag and drop the function blocks type app builder, but simple functional apps for special purposes will be possible and Apple must keep up with Google on this or be left behind in the assault on iPhone by the Androids. 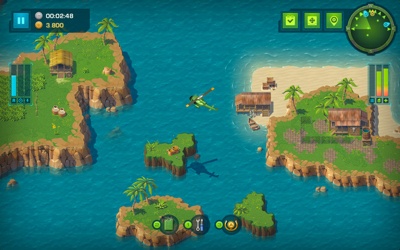