Ergonis Software has updated SharewarePublisher (http://www.ergonis.com/products/sharewarepublisher/), a software submission tool and assistant for Mac OS X, to version 1.4. The upgrade changes the way how file sizes are converted from byte to KB and MB.

Conversion is now based on 1,000 instead of 1024 to be consistent with Mac OS X 10.6 (Snow Leopard). Besides that, the new version incorporates a number of enhancements and fixes.

SharewarePublisher was developed specifically for shareware developers, vendors and media specialists alike. The folks at Ergonis say it was built to make submitting software applications to leading software listing sites and repositories easy. It ships with almost 200 pre-configured shareware sites, with carefully hand-tuned ratings/priorities. Developers can submit to 100-plus sites within just a few hours, which would otherwise take several days, according to Reichenberger.

SharewarePublisher costs US$69. Version 1.4 is a free update for registered users. A demo is available for download. SharePublisher requires Mac OS X 10.5 or newer. 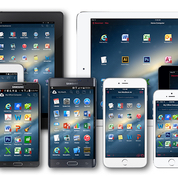 Apple technology and insight at 2013 CES