The others missed this in their reporting on Apple’s China second entrance. The Hong Kong press included as far as I, and three others, can tell.

On July 8, Apple Senior Vice President of Retail Ron Johnson appeared and spoke at the new Shanghai Pudong store to media representatives a few days before the store opened. His talk was captured on video and you can find it through this link: http://macosg.me/2/iv .

In reference to the Shanghai Pudong store, he stated: “We view this store as kind for a launching pad for 25 stores that we will open throughout China by 2012.”

At just past the minute mark of the video he continued: “We will be adding mores stores in Shanghai, in Beijing, our first stores in Hong Kong and stores throughout many of the cities in mainland China”

He said “our first stores in Hong Kong” implying more than one actual store was to be opened in Hong Kong by 2012.

Much of the English language press coverage I was looking for only appeared late in the day on July 12 with most getting to the story on 13 July. Four days later and the reports that one point that there will be more than one store in Hong Kong given the implication of Ron Johnson’s actual spoken words: Apple will open more than one store in Hong Kong in this blitz of opening 23 more stores in China by 2012 for a total of 25.

There are many in Hong Kong longing for this Apple store development and now they can look forward to support and buy from more than one store with unquestionable Apple high quality service.

Based on my own experiences of Hong Kong the Apple managers need to realize that Hong Kong will likely turn out a larger crowd than Shanghai or Beijing store openings to any store opening if something free is being offered and to have effective crowd control in place. Hong Kong has had way too many frenzies at these opening or special commercial events in the past and some have even turned into an awful problem for the police and hospitals to deal with.

Below are two links of the English language coverage missing the plurality point of Ron Johnson’s spoken words. 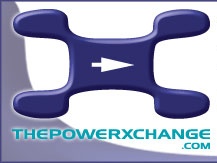