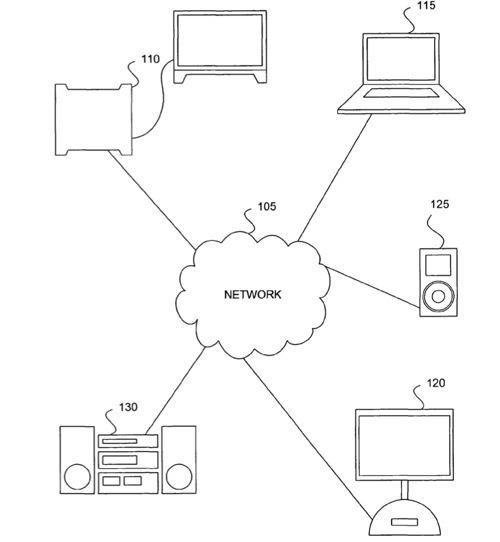 Apple has been granted a patent (number 7,757,173) by the US Patent & Trademark Offic for its for a voice menu system for its idevices — and apparently plans to tweak it even more in the future. It relates to media players and, more particularly, to navigating menus of media players.

The invention generally allows for updateable audio menus. Although a device might have some pre-packaged menu components, other menu components can be received from a server. Each menu component, regardless of whether it is original or received from the server, has an associated voiced name. When a user highlights a menu choice, the voiced name can be played. The user then has the option of selecting the menu choice or scrolling to a new menu choice. In this way, a user could navigate the menu without having to actually see a visual display of the menu, which may be especially useful for users unable to see the visual display or users with visual disabilities. The inventor is Alexander B. Beaman.

Here’s Apple’s background and summary of the invention: “The ability of computers to be able to share information is of utmost importance in the information age. Networks are the mechanism by which computers are able to communicate with one another. Generally, devices that provide resources are called servers and devices that utilize those resources are called clients. Depending upon the type of network, a device might be dedicated to one type of task or might act as both a client and a server, depending upon whether it is giving or requesting resources.

“Increasingly, the types of resources that people want to share are often entertainment-related. Specifically, music, movies, pictures, and print are all types of entertainment-related media that someone might want to access from across a network. For example, although a music library may reside on a desktop computer, the media owner may want to listen to the music on a portable media player.

“In order to achieve portability, many portable media players use minimalist displays that allow the user access to the music via simple graphical user interfaces. The displays are not always well-lit, and may not be navigable in the dark. Also, the user may be in certain situations (e.g., driving a car) where it is not convenient or appropriate to look at the display, or may have a physical disability that makes visually navigating the menu impossible. Additionally, many people may simply find the displays too small and inconvenient to use on a regular basis. Although the described technologies work well in many applications, there are continuing efforts to further improve the user experience.

“In another aspect of the invention, a server that includes a processor, memory and a network interface is provided. The server’s processor is operable to perform instructions including providing a text string that represents a menu component, whereby the menu component is one of several options that can be selected from a menu on a client device. The server’s processor is also operable to perform other instructions such as generating an audio file that is an audio representation of the menu component and delivering the audio files to a client device.