“Fortune” (http://money.cnn.com/galleries/2010/technology/1007/gallery.smartest_people_tech.fortune/) lists Apple CEO Steve Jobs as among the top 50 “smartest people in tech.” That list is for those with “an alchemy of intellect, ambition and that uncanny ability to peer around corners.”

Here’s what “Fortune” has to say about Jobs: “When Steve Jobs returned to Apple in 1997 after a 12-year exile, the company was close to bankruptcy. Thirteen years later it has a market cap of $250 billion and is the world’s most valuable tech company, transforming whole industries along the way. iTunes reinvented music. Pixar, now part of Disney, elevated animated films. The iPhone changed telecom. And the new iPad has other computer makers scrambling to respond. Rocking one industry could be luck, but upending four? That’s smart.

“He is a visionary, a micromanager, and a showman who creates such anticipation around new products that their releases are veritable holidays. And Jobs is a pop culture icon like no other business executive: An episode of The Simpsons a few years ago featured a Jobs-like character named Steve Mobs.

“His dictator-like control can cause havoc for partners: Jobs, 55, has decided, for example, that Apple products won’t support Adobe Flash, the code most video-heavy websites depend on, leading designers to switch to new tools. But Jobs’ vision is also what gives these devices their elegance, causing consumers’ hearts to flutter.” 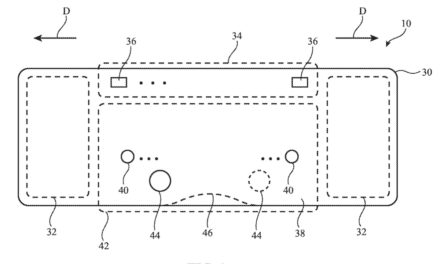 Apple Mask, anyone? Apple looks into a sleep mask with speakers, sensors