Apple has released an updated version of its free MobileMe Gallery for the iPhone. Users can browse personal MobileMe photo and video galleries, or those belonging to friends and family. Passwords can be entered to gain access to protected collections, and links to individual albums can be shared with others.

Oceanside Interactive has debuted their iPhone and iPod touch titles, World Soccer Go! and MyDinos Go! World Soccer Go! is a fantasy soccer experience that lets users build up their dream football franchise. MyDinos Go! is a social game that lets kids of all ages travel through time to rescue hundreds of endangered “Dynamals.” Both titles are free to download.

Bitween S.R.L. has released Journey 1.0 for iPhone, iPod touch and iPad users. The $2.99 app is designed to make traveling a little easier. With Journey, users can convert currency, check the weather, discover their flight status and local time, stay on top of stock and finance news and consult maps. The app also features a clock and alarm, along with secure password protection.

SkyVu Pictures has launched Dragon Checkers 1.0, their new iPad game. Inspired by the artwork of the StoryBoy book app, the $1.99 game is a themed twist on the traditional board game, complete with dragon checker pieces and dragon roars. Dragon Checkers features eight dragon characters where players can learn interesting facts about each dragon character. You can play in one-player or two-player mode.

Olsonvox is offering olsynth 1.0 for iPad. This $6.99 musical instrument app brings a monophonic dual oscillator synth sound to the Apple device. By manipulating the seven flip-scrollable pages of settings displayed on the top half of the iPad screen, users can design limitless variations of electronic synthesized musical tones. A slide-able, 5-octave range musical keyboard on the bottom half of the iPad screen allows the user to play olsynth.

Hot Chili Apps has rolled out Team SMS 1.0 for iPhone iOS 4.0. The $2.99 app benefits from improved features of the new operating system iOS 4.0 just like SMS2Groups. For the first time it is possible to send messages to multiple recipients as a group SMS by iPhone.

SprinxCRM has launched SprinxCRM Mobile optimized for the iPhone, Droid and other Android-based smart phones, making it possible for businesses to access customer data and business solutions in a mobile environment. For more info and free trials, go to www.sprinxcrm.com .

Thanks to iOS 4 the iPhone can now be used as a full-featured, free GPS logger. The free App myTracks uses iOS 4’s background location service for continuous GPS tracking even if other Apps are running or the iPhone is in standby. The GPS tracks can be either sent via e-mail or synchronized with the desktop edition of myTracks. It is even possible to take photos and link them to the tracks.

Eurocenter has served up Ace Tennis 2010 Online for the iPhone and iPod touch. The game was released on the iPad last month. Ace tennis 2010 Online ($4.99) seems to be the first tennis game supporting the new iOS4 and iPhone 4.
Datatel has announced the general availability of Datatel Mobile Access (MOX), a mobile application for parents, prospects, students, faculty, and staff of higher education institutions to obtain academic and administrative information using iPhone and iPod touch devices. Quinnipiac University and Marietta College, participants in the MOX beta program, were the first schools to go live on MOX last week. MOX is powered by DubMeNow’s cross-platform, patent-pending software technology for smartphone information sharing.

Hello Vino provides wine recommendations to consumers at the point of purchase through its free iPhone app and mobile web site. The free app selects the perfect type of wine to go with a meal or occasion, or to give as a gift.

Bright Bright, a glowing-peg art app for the Apple iPad created by Sunken Castles, is now available at the Apple App Store. Priced at $1.99, it allows users to draw original designs in colored pegs on the iPad. With the flip of a switch, virtual pegs glow vibrantly. Users choose from a palate of seven colors and an eraser when drawing their original masterpieces or completing included template patterns.

Cogitoad has unleashed Boyfriend Evaluator 1.0 for the iPhone, iPod touch, and iPad. The $2.99 enables women to objectively evaluate the suitability of a boyfriend for a more serious relationship. The application asks 50 questions about a boyfriend, analyzes the answers, and gives him a numerical score, a summary of his overall suitability, and a detailed description of any detected negative traits.

Divum Corporate Services has released Fun City 1.1 for iPhone, iPod touch, and iPad users. The $0.99 app is a set of four games.

Tome Studios has introduced Marbellous 1.1.0 for iPad users. The $1.99 marble puzzle game is designed to give players the sense of using a real board and actual marbles to make their moves.

LOLer Apps has unveiled version 3.0 of Step Away From the Phone, an anti-theft app for the iPhone and iPad. The latest version of the $0.99 app makes use of the accelerometer, to warn owners of an attempted theft by using realistic car alarm sounds and flashing lights.

Intelligenti Publishing has published Tips & Tricks — iPhone Secrets 4.0, a free update to their $0.99 help guide that now covers the new iOS 4 for iPhone and iPod touch. Tips & Tricks offers over 120 tips covering all aspects with using the new iOS 4, including multitasking, rotation lock and even finding the hidden hold calls button.

Chris Capaldi has announced the latest update to PhotoTag 2.0 for iPhone, iPod touch and iPad. The $0.99 app lets you maintain all your photos in your Apple device. You can find and tag photos that are saved on your iPhone or iPod touch, and then categorizes them into albums. PhotoTag saves the photo and places it into categories based on each of the names that were tagged. 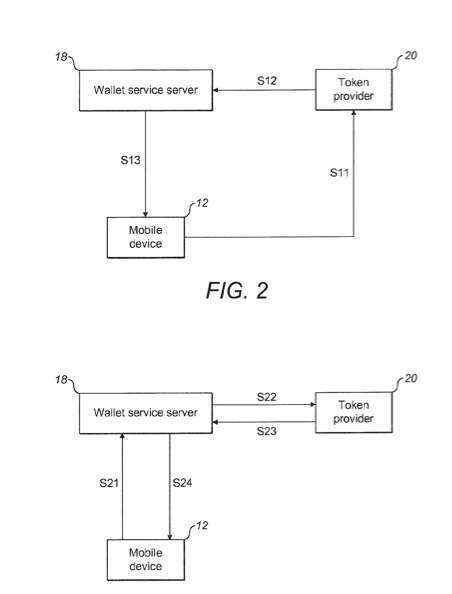