Adobe Systems today announced earnings for the three months ending May 31 of US$54.3 million, or 22 cents a share. In the same period last year, Adobe posted a net income of $61.3 million, or 25 cents a share. The results, while down from last year, beat Wall Street estimates. The company also stated that it expects year-over-year growth in the second half of 2002. 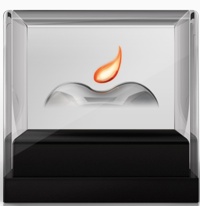 Shrine of Apple offers photos, video of all Apple products