Nostradamus — The Last Prophecy comes to the Mac 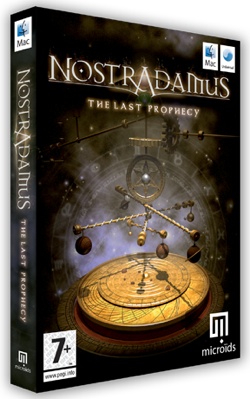 Coladia and Anuman Interactive have released Nostradamus — The Last Prophecy (http://www.coladia.com/en/games/mac/nostradamus_the_last_prophecy”) for Mac OS X. Set in 16th century Provence, in a country ravaged by religious wars and devastated by the plague, it’s an historical adventure game in which players have to solve a series of riddles and puzzles inspired by the works of Nostradamus, taking them through the worlds of astrology, medicine and medicinal plants.

Here’s how the game is described: “It has been three years since Catherine de Medicis’ rule as regent came to an end, but she still holds the reins of power, making her the target of repeated attacks from the French nobility. One day in March 1566, when she realises that she has fallen victim to a terrible curse, she turns to her doctor and astrologer, Michel de Nostre-Dame, better known as Nostradamus.

“Unfortunately, the famous prophet is too old and weak to take on such a mission alone. Refusing to abandon his queen in her hour of need, he sends his daughter Madeleine in his place. However, there is no such thing as women astrologers, let alone women doctors in medieval times. To be accepted as such, the young woman must go in disguise and assume her younger brother’s identity, Cesar, who is away for some time.

“Alternating between Madeleine the young woman and Madeleine disguised as Cesar, players are plunged into a thriller where political scheming and ancestral prophecies are intertwined. The game begins as an initiatory adventure in the footsteps of her father, the prophet and astrologer, before creating all the suspense of a detective novel: from one murder to another, players make their way through a test-riddled forensic investigation.

Following in the same vein as The Secrets of Da Vinci – The Forbidden Manuscript, Nostradamus – The Last Prophecy is an historical adventure game in which players have to solve a series of riddles and puzzles inspired by the works of Nostradamus, taking them through the worlds of astrology, medicine and medicinal plants.

Nostradamus — The Last Prophecy runs on Macs sporting Intel or PowerPC G5 processors. A free demo version is available for download. The game can be purchased as a download from Coladia, MacGameStore and MacParadise for US$29.90. 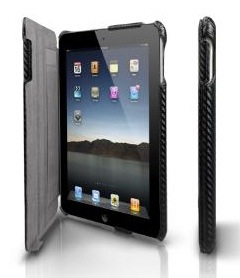