HomePipe Networks (https://www.homepipe.net/), a company that let’s you surf your home computer has rolled out a self-titled app that allows streaming of iTunes music to iPhones and Android phones and devices over 3G or WiFi. Users update their HomePipe iPhone or Android app and they stream audio content from their home network. There’s no need to upload or copy your copyrighted material to the cloud.

VMIX (http://www.vmix.com), an online video platform provider, has released an open-source video gallery demo application for the iPad. The company also announced plans to launch a video software-development kit next month to further streamline development for the iPad, iPhone, Google Android and other mobile devices.

Goby.com, an activity search engine that helps people find things to do with their free time, has released an iPad app to follow in the footsteps of its iPhone app. It helps you fun activities in their locale or fill their next vacation itinerary.

Der.heckser has introduced WC Betting Pools for the iPhone. The $0.99 app enables
soccer fans around the globe to bet on the results for matches happening during the FIFA World Cup 2010 in South Africa and compete with other fans worldwide to be crowned the king of soccer experts.

Vinoteka Touch 1.0 is a new $5.99 wine and cellar management app for the iPhone and iPod touch. You can add references, tasting notes and bottles, create your cellar and your racks and place your bottles where you want them to be, in order to recreate as faithfully as possible your real cellar. Vinoteka Touch is the new companion for Vinoteka 2.1 for Mac.

Bitroots has unveiledTumbleBlocks!, a $0.99 gravity puzzle game for iPhone and iPod touch users. Players are challenged to remove as many blocks as they can by finding three or more contiguous blocks of the same color. Every level has its own solution, but players can always tilt the odds in their favor by tilting the screen. Rotating the screen to any of the four sides causes the blocks to fall in that direction.

PXL Creations is offering DashPad, a $9.99 app that brings widgets in a Dashboard environment to the iPad. It runs in Mobile Safari and no jailbreaking is required.

A new iPad app called Etude promises to help anyone learn to play music on the piano. It combines traditional sheet music with an on-screen keyboard whose keys light up to reveal the position of notes. The $4.99 app also uses a built-in MIDI synthesizer to play the piece aloud. It ships with access to an in-app music store that users can download new songs from.

MasterCard is serving up MoneySend for the iPhone and iPad. The free app offers a way to transfer money in the U.S. from person to person with the Apple devices.

Mobeezio has announced Earthquake 1.51 for the iPhone, iPod touch and iPad users. The a$1.99 app offers live, up-to-the-minute data and detailed map views of all the earthquakes, as they happen around the world. The latest update to Earthquake gives users push notifications of quakes that register 5.0 or higher, as well as the ability to see real time Twitter activity in the area.

Pocket Pixels says ColorSplash, an iPhone photo manipulation app, is now available in a version specially adapted for the iPad. The $1.99 app allows users to give photos a dramatic look by converting them to black and white, while keeping chosen details in color. The user’s finger acts as a brush that removes, or restores, color from the original image.

iHanWel has introduced iDay Deluxe 1.0, a $9.99 native iPad version of the birthday and event manager for the iPhone. It sports features such as split views and popovers.

iTouchables has unveiled Germinal 1.0, a $1.99 puzzle game for the iPhone, iPad and iPod touch. In the game, a secret experiment has gone terribly wrong and accidentally released a deadly horde of rampaging germs. Time is running out to save the world from their evil domination.

Stefan Preuss has buttered up Toast Shooter HD 1.0 for the IPad. It’s a $0.99 arcade style, tap-the-right-item type of game.

App of the Dead has shambled onto the scene for the iPhone and iPod touch. Developed in coordination with George A. Romero’s latest feature, “Survival of the Dead,” which hits theaters nationwide May 28, App of the Dead casts you as the director, allowing you to turn your friends and family into horrific zombies with over 20 zombie features.

Speaking of zombies, Freeverse has released the latest addition to their line-up of games for the iPhone and iPod touch, Pride and Prejudice and Zombies. Based on the “New York Times” best selling book of the same name, the $2.99 game is the re-imagined Jane Austen novel following the young Elizabeth Bennet through her zombie battles in England during the Regency period.

Clamp Horn Island has released Stadium Sounds 2.0, their latest app for iPhone, iPad and iPod touch. The $0.99 app gives fans a front row seat to realistic stadium atmosphere, so they can instantly cheer or jeer any game time situation.

Embraceware Software has released Awaken 1.6 for the iPad. It’s a $1.99 full-screen clock, music alarm clock, sleep timer and flashlight. Awaken is now a universal application which runs on both iPhone and iPad with a unique interface for each device.

Slacker has announced Slacker Mobile app 2.0 for iPhone and iPod touch. The app — which costs $3.99 per month — allows users to cache their favorite Slacker music stations to listen anywhere — whether they are connected to a wireless network or not and without incurring data charges. 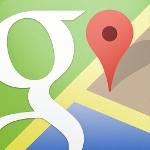