An ex-Apple employee, Kenyon Zahner, who filed a class action lawsuit against the company in August 2009, says Apple “ruined his life.” The lawsuit complained that Apple forces its staffers to work long hours without overtime pay.

In the lawsuit, Zahner said he routinely worked more than 40 hours per week at an Apple location in Florida but didn’t receive extra compensation required by state law for non-managerial employees. The lawsuit sought damages on behalf of Zahner and other Apple employees in Florida who were allegedly cheated out of overtime pay. The lawsuit settled last December for US$3,500, of which $2,300 went to Zahner’s attorney.

In the lawsuit, Apple’s attorneys denied there was any pressure to work unpaid overtime, and said Zahner had not presented any proof he was owed money. Yet, in the settlement agreement revealed at “ifoAppleStore” web site (http://www.ifoapplestore.com/db/2010/05/20/ex-employee-settles-lawsuit-but-still-bitter/), the company ended up paying Zahner and swearing him to secrecy about the deal. 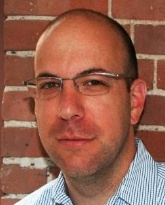