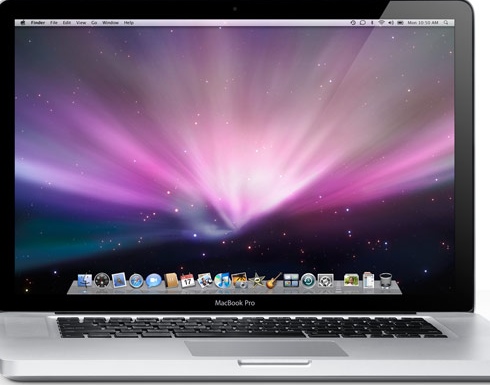 As a mindless Apple fan boy, I am quick to tout the coolness of Apple products but tend to wink at vulnerabilities.  Sorry about that, but the worst Apple product exceeds the garbage the competition puts out most of the time.

Today’s op-ed piece, however, will blast Apple in a way I never have before. In many respects Apple hardware exceeds the rest of the industry in quality and durability. Apple customer service is generally incredibly helpful and they go the extra mile for customers. Still, there are a couple of areas where improvement could be made.

I read with some degree of empathy about runners who sweated while caring their iPhones in their pockets. They took the moist iPhones back only to be rebuffed by Apple repair service, due to “fluid damage.” While it is not a reasonable expectation to go scuba diving with an iPhone, it seems like greater humidity resistance could be achieved across the board. The reason laptops, iPhones and iPads are cool is because unlike desktop computers they can be taken on the road or, in some cases, on the run. The mobile aspect of computing is what has really been a paragon shift in the way we relate to our electronics.

We know the military is interested in iPhone and perhaps the iPad as they allow our forces to link up wirelessly to command and control. Military specifications are much tougher than consumer grade products. While US$15,000 laptops that work underwater might sell to the Army, we know consumers won’t pay so much — and don’t need that level of robustness.

But, some of the things that make hardware less vulnerable to water, shock and even electromagnetic pulses can be adapted from military specs to consumer grade products, without the high price tag. Part of Apple’s environmental robustness strategy should be in thinking about it instead of punishing the consumer who has the right to expect a higher level of resistance to fluid damage.

Now the other shoe drops. Recently, my work horse MacBook Pro was examined and sent back to me with screen issues that have to be related to the graphics card, which failed testing in front of me. The genius hooked a box up with two USB cables to two USB ports on my MacBook Pro and ran a diagnostic test on my graphics card. It failed the test. I have one vertical line that went out on my laptop. Not a major problem since it is only in the display and not in the files I create.  But, that is normally repaired under a three-year extended warranty period due to a known issue with GeForce 8600M GT graphic cards.

Two and a half years ago I splashed coffee across the keyboard of my laptop. I wiped it off and turned the laptop upside down and removed the battery as quickly as I could. I waited three days and when I fired it up it was fine. However, the dark stains of the coffee remained on the surfaces of the hard drive cover and the cover of the superdrive.

I went around and around with Apple and the final disposition of my case is that “since Apple has a policy of bringing repaired product up to 100%, they would have to replace the working hard drive and working SuperDrive in addition to replacing the faulty card.” They insist that coffee stains on the exterior of the hard drive and superdrive make them “damaged.” I offered to sign a waver that I would not hold Apple responsible for anything but the graphics card that they admit is faulty. They refused and — unless I am willing to pay over $1,000 to replace a working hard drive, SuperDrive, keyboard, LCD and upper case — they will not replace the bad graphics card (which is under warranty).

I suggested to the manager of my local Apple store that if a thin layer of plastic sheeting was placed between the key board and the guts of the computer had been installed when the computer was made, it would have reduced damage to the keyboard alone. He said that was a good idea. Well, gee, thanks.

So, at the end of the day they want as much as a new computer to fix my old one. I figure I am a year away from being ready to buy a new MacBook Pro, so I guess I will have to live with a display issue.

This is the first time in 20 years Apple has disappointed me with customer service. While I admit they have a point, it seems like it should be possible to fix what they know is wrong and allow me to sign a waver to not fix what still works. In retrospect I should have opened the laptop and gently washed the coffee off the interior parts. Had the spill been water, there most likely wouldn’t be an issue since the amount of fluid was minor and won’t leave stains like coffee did.

How much does this repair policy have to do with insisting on 100% quality on Apple repairs and how much is this about an excuse to avoid warranty repairs if there is any excuse for refusing to help customers with a known issue?