Wal-Mart may start selling the iPad this in some U.S. stores as it competes with electronics chains for consumers who want to connect their e-mail, movies, games and music, reports “Bloomberg” (http://www.bloomberg.com/apps/news?pid=conewsstory&tkr=AAPL%3AUS&sid=aFsJKEfbe2g4″).

“We anticipate being able to have the iPad later this year,” Gary Severson, senior vice president of entertainment for Wal-Mart’s U.S. stores, said in a telephone interview.

Apple has sold more than one million iPads since they went on sale in the U.S. last month. Apple sells the device in its retail stores, online and at Best Buy. 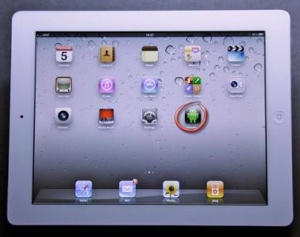