Adobe founders: Apple could undermine the next chapter of the web

Adobe founders Chuck Genschke and John Warnock have posted an online letter (http://www.adobe.com/choice/openmarkets.html) in regards to the company’s ongoing feud … er, debate … with Apple on the merits — or lack thereof — of Flash.

Here’s a sampling of the letter: “When markets are open, anyone with a great idea has a chance to drive innovation and find new customers. Adobe’s business philosophy is based on a premise that, in an open market, the best products will win in the end — and the best way to compete is to create the best technology and innovate faster than your competitors.

“That, certainly, was what we learned as we launched PostScript and PDF, two early and powerful software solutions that work across platforms. We openly published the specifications for both, thus inviting both use and competition. In the early days, PostScript attracted 72 clone makers, but we held onto our market leadership by out-innovating the pack. More recently, we’ve done the same thing with Adobe Flash technology. We publish the specifications for Flash — meaning anyone can make their own Flash player. Yet, Adobe Flash technology remains the market leader because of the constant creativity and technical innovation of our employees.

“We believe that Apple, by taking the opposite approach, has taken a step that could undermine this next chapter of the web — the chapter in which mobile devices outnumber computers, any individual can be a publisher, and content is accessed anywhere and at any time.” 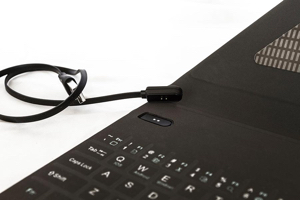