Eighty percent of developers in North America think they should receive more than 70% of the revenue generated by their apps in an app store according to the Spring North American Development Survey, an in-depth survey of over 400 developers conducted last month by Evans Data Corp. (http://www.evansdata.com), which provides regularly updated IT industry market intelligence based on in-depth surveys of the global developer population.

“Virtually all of the best known app stores have fallen in line directly with the 30 / 70 revenue split that Apple introduced, but there could be a big upside for any vendor bold enough to deviate,” says Janel Garvin, CEO of Evans Data. “If the app store is more a strategic asset than a revenue center, then providing the developer with a better revenue share model could go a long way toward promotion of that particular distribution channel and thus growth of market share for a technology.”

The survey is the latest in a 12-year series of surveys of developers in North America. Other highlights of the survey include:

° Ten percent currently use Objective C, but that is expected to grow to almost 12% next year.

° Almost two-thirds (64%) use agile development techniques at least some of the time. 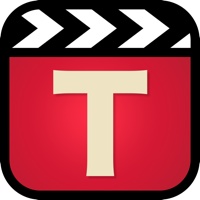