A Silicon Valley judge will hear arguments later this week in a dispute over unsealing records about the criminal investigation into what may have been a prototype iPhone purchased by a blog, reports “CNET” (http://news.cnet.com/8301-13579_3-20004673-37.html?tag=mncol).

San Mateo County Judge Clifford Cretan has scheduled a hearing for 9 a.m. on Friday, May 14, in his courtroom in Redwood City, Calif. Cretan previously approved a police request to search the home office of “Gizmodo” editor Jason Chen, which resulted in a hailstorm of criticism.

Media organizations including “CNET,” the “Associated Press” and “Bloomberg” are planning to ask Cretan to unseal an affidavit prepared by a San Mateo County detective asking to search Chen’s home. The coalition says that under California law, the affidavit became a public document after 10 days and that its release could reveal whether prosecutors followed proper procedures when searching a newsroom.

The San Mateo County district attorney is opposing the request. In an four-page legal brief (PDF), prosecutors say the media’s First Amendment right does not “outweigh the rights of the people to protect the identity of persons who may have provided information to law enforcement in confidence during the initial stages of the investigation,” notes “CNET.” 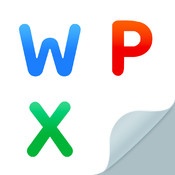