In an interview with the “Wall Street Journal,” Adobev CEO Shantau Narayen offered a rebuttal to Apple CEO Steve Jobs’ thoughts on Flash (http://www.macnews.com/2010/04/29/what-steve-jobs-really-thinks-about-flash). You can read the entire article at http://blogs.wsj.com/digits/2010/04/29/live-blogging-the-journals-interview-with-adobe-ceo/, but here are some highlights.

° Adobe believes in open content and support for multiple operating systems, while Apple/Jobs is apparently concerned about technology that works across multiple platforms.

° The technology problems that Jobs mentions in his essay are “really a smokescreen,” as more than 100 applications that used Adobe’s software were accepted in the Apple App Store.

° If Flash is crashing the Mac OS as Jobs claims, that has something to do with the “Apple operating system.”

° Jobs’ claim that Flash is a battery drainer is “patently false.” 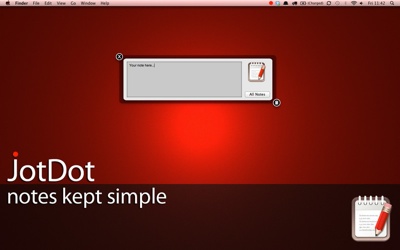 JotDot is new notes application for the Mac