Soccer fans heading to South Africa this summer will be able to find their way around, thanks to the newly available US$54.99 CoPilot Live South Africa GPS navigation app. Available for iPhones, Android smartphones or Windows Mobile Phones, CoPilot Live provides full turn-by-turn voice-guided navigation in-car or on foot. The app stores detailed street maps of South Africa on the phones.

The WirelessDMS iPad Client is a new, free DM client from Matrix Logic, specially for the iPad. This application is loaded onto the iPad and connects to a lightweight WirelessDMS iPhone Server application on your server via the 3G network or a WiFi connection. Communications can be via http or https.

A app for the iPhone was released today with hopes of curtailing accidents while people are texting and driving. “Don’t Text Me” is the name of the free app.

Good.iWare’s new iPad version of GoodReader, an US$0.99 document viewer for the iPad and iPhone, offers full support for Apple’s Document Sharing. GoodReader offers two-way sharing of documents with other apps that support Document Sharing.

Oceanhouse Media has released three new Dr. Seuss iPhone/iPod touch/iPad apps to celebrate the 40th anniversary of Earth Day on April 22. Theodor Geisel’s Lorax eBook is available in the Apple App Store for $3.99 (one app specially designed for both the iPhone and iPad with no additional charge), Lorax Garden children’s game is $2.99, and Dr. Seuss Senders, greeting card sayings and quotes, is also $2.99.

Thomas Busse has reworked the math game, Abakus, for the iPhone, iPod touch and iPad and released version 1.2 under the new name Math-Tour. The $1.99 app now combines mathematical problems and geography. The user is taken on a virtual journey through different countries. As long as the user can solve the arithmetic puzzles the voyage will proceed. The game includes maps of North America, Europe and Oceania — all with pictures from locations along the routes. 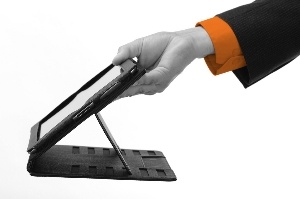