OnLive (http://www.onlive.com) — which specializes in on-demand, instant-play games — announced at this week’s Game Developer Conference that Mac and PC versions of its game service will begin rolling out to consumers on June 17 during the E3 2010 show.

The OnLive Game Service is a revolutionary, on-demand video game platform capable of delivering the latest and most advanced games instantly via a broadband connection on virtually any Mac or PC, via a small browser plug-in, or on an HDTV, via OnLive’s MicroConsole TV Adapter. Additionally, the game service offers instant access to purchase or rent new release games on an à la carte basis from many publishers, including Electronic Arts, Ubisoft® 2K Games, THQ and Warner Bros. Interactive Entertainment.

Starting on June 17, 2010, the OnLive Game Service will be available to early registrants throughout the 48 contiguous United States. The initial offering will be supported by a US$14.95 monthly service fee, which will provide access to an ever-increasing library of high-end, new-release, instant-play game content “without the need to purchase expensive computer gaming or console systems,” says Steve Perlman, founder and CEO of OnLive.

Loyalty programs, such as multi-month pricing, and special offers will be announced by the start of E3. For starters, OnLive is announcing an exclusive, pre-registration offer, wherein the first 25,000 qualified registrants will have their OnLive $14.95 monthly service fee waived for the first three months of service. During this special three-month introductory period, full versions of games will be available for purchase or rental on an à la carte basis. For details regarding the OnLive Pre-registration special offer visit www.onlive.com/special1 .

The OnLive Game Service will include standard online game service features such as gamer tags, user profiles, friends, and chat. In addition, an evolving slate of OnLive-exclusive features will include: 3D graphics performance; instant-play free game demos; multiplayer across PC, Mac and TV platforms; Brag Clips video capture and posting; massive spectating; always-updated games; cloud-saved games (with the ability to pause and instantly resume from anywhere, even on a different platform); and more. Individual game titles will be available for purchase or rental on an à la carte basis, with specific game pricing announced prior to the consumer launch event at E3.

While launch titles will be announced prior to E3 in Los Angeles, a few of the anticipated games include Mass Effect 2, Dragon Age Origins, Assassin’s Creed II, Prince of Persia The Forgotten Sands, Borderlands and Metro 2033. OnLive will soon be announcing the availability of its MicroConsole TV Adapter which will bring the OnLive Game Service directly to consumers’ television sets for the first time. An announcement about expected availability will be made later in the year. 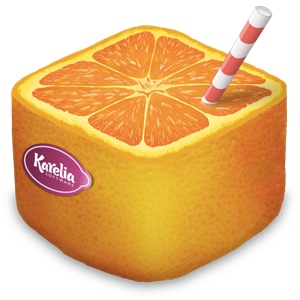