Tiptop 1.0 is a new privacy app for Mac OS X

Zenopolis has released Tiptoe 1.0 (http://www.zenopolis.com/software/tiptoe/), a privacy application for Mac OS X. It brings a “private browsing” like feature to all sorts of applications, enabling users to run these apps without a trail of their actions being stored.

The ability to reset (remove) existing privacy data is also included. When using applications on their Mac users often leave behind a trail of information about what they have been doing. This can include recent items, history and cache. While this information can be really useful, users may not want it stored on a shared Mac. With Tiptoe the user can choose to open supported applications with privacy so no trail is left behind, but the previous, useful, information they want to keep is left untouched, according to the folks at Zenopolis.

Tiptoe also enhances existing browser privacy. For the supported browsers that don’t yet provide a “Private Browsing” feature (Camino, OmniWeb, Opera), Tiptoe provides it. For browsers that have multiple privacy features that are hard to find, Tiptoe brings them together with a reset window.

If a user already has a trail of information they would like to be removed, or they forget to use Tiptoe’s open with privacy feature, Tiptoe can still be used to erase the privacy information left by a supported application. The user can choose to delete certain types of information or to delete everything in one go.

Tiptoe costs US$19.95 for Mac OS X 10.5 or later. It’s Universal Binary so runs natively on both PowerPC and Intel Macs. 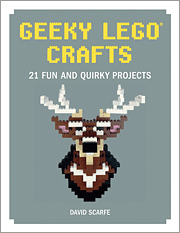