China Unicom, the only mobile network operator selling iPhones in China, is in talks with Apple to sell a version of the popular smartphone with Wi-Fi, something the companies could not do previously due to government regulations,” reports the IDG News Service (http://www.computerworld.com/s/article/9164899/Apple_iPhone_with_Wi_Fi_may_soon_enter_China?source=rss_news).

The article says that Wi-Fi is seen as important to the success of the iPhone in China because many people want to use the devices to surf the web, but don’t want to pay higher data rates for using the mobile network. China has required mobile phones with Wi-Fi also to support WAPI (WLAN Authentication and Privacy Infrastructure), a “homegrown” security protocol. Versions of the iPhone on sale now in China do not offer Wi-Fi.

“I know that in the market there is hope we will offer an iPhone with Wi-Fi,” Chang Xiaobing, chairman and CEO of China Unicom told IDG News Service. “We have been holding talks with Apple in this area.” 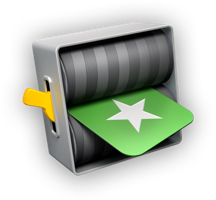