Aspyr announced today that the Mac version of Tom Clancy’s Splinter Cell (US$39.99) is now shipping and will be available in stores nationwide by October 1. The title “introduces a new type of game to the line-up, a 3rd person stealth action game with cyber-terrorism, shadow agencies and covert operations on the menu.” In related news, Aspyr also said that Tom Clancy’s Rainbow Six 3: Athena Sword ($29.99) has hit beta status and is expected to ship in November. 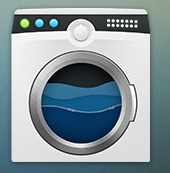