Will Apple build its own search engine? Not likely, as the company is getting over US$100 million a year from Google in its revenue share deal, reports “BusinessWeek” (http://www.businessinsider.com/apple-getting-more-than-100-million-annually-from-google-for-the-iphone-2010-2) as Google is the default search engine in Safari.

Sure, that’s not a lot of money for Apple, “but it’s enough that it doesn’t make sense for Apple to put considerable resources towards building its own Internet search engine.” Of course, if Apple wanted more money or options, there’s Microsoft and Bing.

Not that it’s all peace and love between Apple and Google. “BusinessWeek” says that when Apple first introduced the iPhone, it hammered out its deal for Google Maps in two weeks. When Apple prepared to launch the iPhone 3G with GPS a year later, it was a six-month process “full of acrimony” to get the maps deal finished, the article adds. 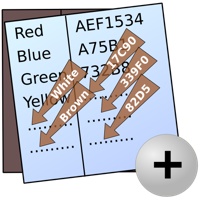