DTP Tools has released Blatner Tools 1.0
(http://www.dtptools.com/bt), a suite of 12
InDesign plug-ins. This collection — which costs
approximately US$160 — offers over 100 new
features for InDesign users, including the
ability to create color and style reports, create
fractions automatically, build character and
paragraph styles and apply them across an entire
document quickly, and more.

These features were perfected (and more features
added) during a six-week public beta period this
fall, says suite designer David Blatner, who also
hosts the “InDesign Secrets” web site. He says
some of the most important functions of Blatner
Tools 1.0 are:

° The ability to analyze documents to
automatically create and apply character and
paragraph styles;

° A Find Color feature that lets you find colors
— even spot colors inside placed graphics;

° An Extras menu that provides quick access to scripts;

° The ability to compare Styles to see how two or more styles are different;

° A Remove Local Formatting feature that can
strip unwanted text formatting out of an entire
document;

° A History Lite that offers an Undo/Redo panel;

° Text controls that give users tools for fast and precise text formatting;

° The ability to apply any keyboard shortcut you
want to layers, styles, and even color swatches;

° A live “quality assurance” feature that finds
common typographic and document errors. A demo
version of Blatner Tools is available for
download. It’s compatible with InDesign CS3 and
CS4 on Mac OS X and Windows. 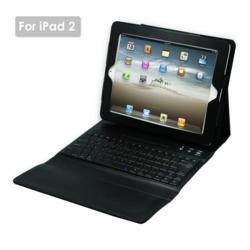