With a new MacBook or Mac, all one needs is a SendStation Mini
DisplayPort Adapter and a computer display with DVI or VGA
connection, which often already exists, says Andre Klein, SendStation
Systems’s founder. What’s more, the HDMI model makes it possible to
watch movies or show Keynote or PowerPoint presentations directly
from the Mac on a flatscreen TV or projector.

SendStation Mini DisplayPort Adapters are built under official
license from Apple. They’re available from SendStation Systems.
Suggested retail prices are US$22.95 for the HDMI and DVI model and
$24.95 for the VGA model. 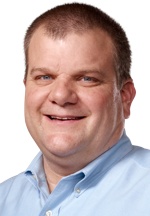