Inglobe Technologies, a company specializing in the development of
Augmented Reality solutions, has released the Mac version of ARmedia
Plugin for Google SketchUp. AR-media Plug-in technology allows users
to bring their models from the 3D modeling tool by Google into
“reality.”

Once installed and configured the plug-in allows users to visualize
any model (textured or not) in Augmented Reality and experience a new
way to interact with their digital content and show it to their
customers, colleagues and partners. With AR Plug-in, Google Sketch-Up
users are allowed to visualize their 3D models directly in the real
physical space that surrounds them.

Through AR Plug-in, Sketch-Up 3D models can be visualized out of the
digital workspace directly on users’ desktop, by connecting a simple
webcam and by printing a suitable code. The plug-in provides users
with an advanced visualization functionality that serves two main
purposes: 1) study and analyze scaled virtual prototypes in real
environments; and 2) communicate 3D projects immersively.

All you need to make AR Plug-in work is a personal computer, a webcam
and a printed code attached to the software. Besides the standard
visualization functions, other features include a toggle full-screen
function and a real-time rendering optimization method. 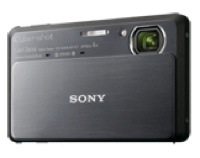