XChange UK (http://www.xchangeuk.com) has announced a new CtrlChanges
plug-in that offers users new ways to manage text changes within
Adobe InDesign and InCopy. The plug-in is geared toward users who
“require a clear and accurate solution to a common problem, to
visually be able to see what has been changed in an InDesign
document.”

Features include the ability to keep track of any text changes,
display added text in Layout view, display removed text in Layout
view, keep track of which user made the change and when the change
occurred. CtrlChanges comes in three versions: Light, Standard and
Pro. They cost approximately US$56, 44, $215 and $454, respectively. 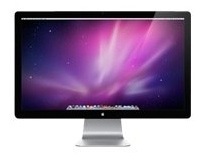