Hewlett Packard has launched a home server
designed for use with both Mac and Windows
computers. Based on the Microsoft Windows Home
Server platform, the HP MediaSmart Server
ex485/ex487 is a central repository for
automatically backing up and accessing digital
music, videos, photos and documents from multiple
computers on a home network.

The MediaSmart Server automatically organizes
files across all computers, streams media across
a home network and the Internet, and publishes
photos to social networking and photo sharing
sites. “A growing number of digital-savvy
households have both Windows and Mac computers,
with hundreds and sometimes thousands of media
files and documents scattered across these
devices,” says Jason Zajac, vice president of
strategy, Worldwide Attach Group, HP. “The HP
MediaSmart Server protects, stores and organizes
this content from anywhere on a network so
consumers can access and share it any place they
are connected.”

° Media Streaming: remotely streams photos and
music to any Internet-connected Mac or PC;

° Server for iTunes: it centralizes iTunes music
libraries on the server for playback to any
networked Mac or computer running iTunes;

° HP Photo Viewer, which allows sharing of photos with friends and family;

° Smart Power Management: you can schedule times
for server to go to “sleep” and “wake up,” saving
on energy costs

The manufacturer’s suggested retail price for the
HP MediaSmart Server ex485 with 750GB of hard
disk storage is US$599 while the HP MediaSmart
Server ex487 with 1.5 TB is $749. The HP
MediaSmart Server can be pre-ordered beginning on
Jan. 5, 2009, from Amazon.com, BestBuy.com,
Buy.com, Frys.com and NewEgg.com; it’s expected
to ship in February.

The first 200 consumers who visit HP Home & Home
Office (http://www.hpshopping.com) or call
1-888-271-2982 between Jan. 5-11 to reserve a
MediaSmart Server and use coupon code “AC5674″
will receive a $50 savings off their purchase.
More information is available at
www.hp.com/go/mediasmartserver. 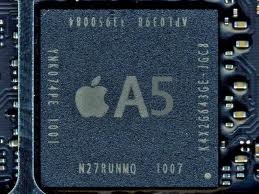