Plum Amazing has released its second iPhone application: Plum Record
(http://www.plumamazing.com/plumrecord/index.html), which turns your
iPhone into a digital audio recorder which tags sound files with
photos and text. It’s available for US$5 at the Apple App Store in
English, German, Spanish and French.

Multiple tags can be added at different locations in a sound file.
These tags can then act like bookmarks allowing you to jump to
different sections of the sound file instantly.

Once you have your sounds you can transfer them using the free Plum
Record Server for the Mac (Windows and Linux versions are in the
works. 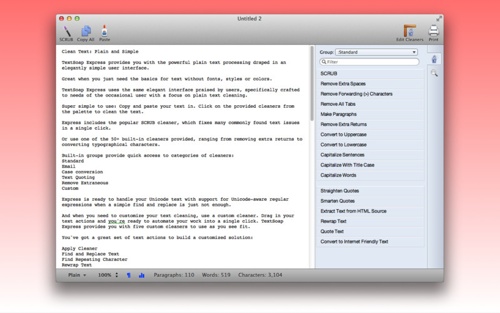 TextSoap Express 1.0 slips onto the Mac