Discribe v6.0 has been completely rewritten from the ground up in Universal
Binary Code for optimal performance on all current Mac platforms. It runs
natively on both Power PC and x86 (Intel)-based Mac computers.

Discribe v6.0 has a new user interface that is more intuitive and easier to
navigate. An extensive list of most-requested features from previous
versions is included such as support for Blu-ray Disc media. Blu-ray Disc
is the new, world-wide industry standard for delivery of high-definition
video and other large data files.

“Primera is proud to sell more Mac-compatible automated disc publishers
than any other company in the world,” said Mark Strobel, Primera’s Vice
President of Sales and Marketing. “We recognize the importance of this
market to our industry and are pleased to keep our Mac customers on the
cutting edge of Mac operating system technology with Discribe v6.0.”

September 1, 2007 qualify for a free upgrade. For more information or to
order, visit
http://www.primera.com/downloads/support/discribe/Discribe.html. 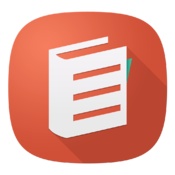