* NEW! Auto-Hide DockNote Option. DockNote can now be made to completely
disappear when not in use.

* NEW! View Option for DockNote and Service Menu. Users can now more finely
control which notes and folders with shortcuts appear in DockNote, the
Service menu, and contextual menus.

* NEW! Open In Tabs Command. Users can open each selected note in its own tab.

* NEW! Google-like Searching. Users can search for multiple word phrases
and quoted phrases in a manner that works similarly to Google searches.

SOHO Notes 6.5 also includes 10+ other enhancements, optimizations and bug
fixes which are detailed on the Chronos web site at
(http://www.chronosnet.com).

Chronos believes users should have the opportunity to try the software for
free before they purchase. A fully functional 30 day trial version can be
downloaded from Chronos’ web site at (http://www.chronosnet.com). SOHO
Notes has been attractively priced at $39.99 and is available directly from
Chronos.

SOHO Notes 6.5 is available immediately for download as a full installer.
Pricing for volume purchases and upgrades is also available on the Chronos
web site. SOHO Notes requires Mac OS X v10.4.9 or later and is a Universal
application (runs natively on both PowerPC and Intel-based Macintosh
computers); 60MB of available disk space. 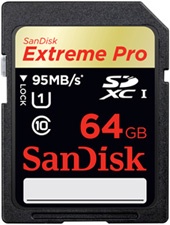