WOBURN, Mass., June 5, 2007 – Beginning today, Apple Macintosh users can
remotely access their computers using any other computer, including a
Windows PC, for free.

The preview release of LogMeIn Free for Mac
(https://secure.logmein.com/products/mac/) is the first remote access
service that allows people to remotely access and control their Apple
Macintosh computers from any Internet-connected device, including Windows,
Macs, Linux PCs as well as many handheld devices. For example: A user can
sit at a PC in New York and access a Mac in San Francisco – including all
software applications on the remote Mac. Customers can also connect from a
Mac to a PC and, of course, from a Mac to a Mac.

“LogMeIn certainly follows the Mac-mantra of being simple to use and we are
thrilled that Mac owners will now have the same ability to access their
digital lives as our PC users,” said Michael Simon, CEO, LogMeIn, Inc.
“This further extends our position as the leading provider of remote access
products and builds on LogMeIn’s commitment to providing a platform on
which businesses and individuals can connect, work with and support all
their digital assets.”

“As the mobile workforce increases, so does the need for them to be able to
access their work PC as well as personal PC from wherever they may be,”
says Stacy Sudan, Research Analyst in IDC’s Mobile Enterprise Software
program. “LogMeIn’s support of Macintosh is significant because it allows
mobile workers (and consumers) to be able to access all of their systems
from anywhere.”

With millions of users worldwide, LogMeIn’s simple and secure remote
connectivity services have become the most widely used means to connect to
remote devices. LogMeIn’s patent pending technology ensures fast,
SSL-secured connections through the company’s datacenters — no need for
users to manually configure ports on routers and firewalls. To achieve
maximum performance, connections are shifted to a secure peer-to-peer link
as soon as possible.

LogMeIn Free (www.LogMeIn.com) is a free service that provides fast, secure
and easy access to a remote computer from virtually any web-enabled PC or
Pocket PC with a high-speed Internet connection. Users obtain on-demand
access to their work and home computers-viewing desktops, files and network
resources-regardless of where they are. Many users world wide use LogMeIn
Free as both a professional and personal remote computer support tool.

The fully functional preview of LogMeIn Free for the Mac is available now
at https://secure.logmein.com/products/mac/. Because LogMeIn continually
updates its services end users will be assured of always having the most
up-to-date version available automatically. LogMeIn will introduce
additional products for the Mac in the coming months. LogMeIn Free for the
Mac is not a trial version of a paid product – it is available free of
charge. 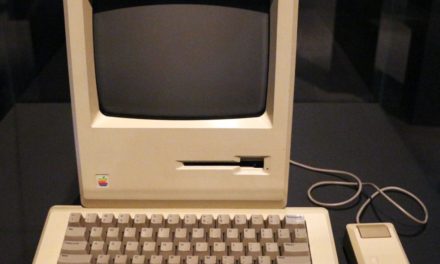 Toki Tori 2 coming to the Mac next spring