Sophia Antipolis, France (May 24, 2007) – REALVIZ, a leader in image
processing software development, is pleased to announce the availability of
version 5.6 of their award-winning software, Stitcher Unlimited. Now firmly
established as one of the most powerful and widely recognized image
stitching applications on the market, Stitcher enables the creation of
high-quality panoramas and 360=B0 virtual tours. Version 5.6, which is
available from this week, introduces Mac Universal compatibility, as well
as HDR capabilities. A Japanese-language version is also scheduled for
release later this spring, in addition to the existing English and French
versions of the software.

REALVIZ Stitcher is a photo stitching and image assembling software for the
creation of professional-level panoramas and 360=B0 virtual tours. Starting
from digital images, the software’s powerful central automatic stitching
engine enables a diverse range of users to create high-quality panoramas
and virtual tours. REALVIZ Stitcher has many potential uses, including the
production of large-format prints, matte paintings, reflection maps and
textures for film/television, as well as dynamic virtual tours for the real
estate and tourism industries.

REALVIZ Stitcher Unlimited 5.6 now has full HDR compatibility for the very
first time, enabling users to load, stitch, and save HDR (High Dynamic
Range) images. With HDR imaging, users are able to create projects, which
combine under- and over-exposed areas in the same harmonious panorama. A
perfect synergy with the external tools available on the market for image
tone mapping, such as Adobe Photoshop, Photomatix or HDR Shop, is ensured
through compatibility with the most commonly used HDR image file formats:
OpenEXR (.exr, 16 or 32 bits per channel), and Radiance RGBE (.hdr). The
enhanced core engine of Stitcher Unlimited 5.6 makes all image processing
operations available for images with 32 bits per channel. HDR panoramas
produced with Stitcher Unlimited 5.6 can be used as a lighting environment
map for 3D studios to obtain ultra-realistic 3D scenes, and to ensure
consistent lighting of virtual objects placed in real environments.

“We’re pushing the envelope once again to bring our users the very latest
tools to maximize their creativity and productivity,” said Dominique
Pouliquen, REALVIZ CEO. “Panoramic photographers, virtual tour creators,
graphic artists, CAD designers, architects and VFX professionals will all
benefit from this latest addition to Stitcher Unlimited. We’re also
delighted to be porting Stitcher to the new Mac Intel for the first time.
This has been a major factor for us in our bid to meet the needs of our
loyal Mac user base. With HDR fast becoming ever more popular amongst the
digital content creation community, the timing of this release could not be
better!”

REALVIZ HDR Imaging Studio:
Stitcher Unlimited 5.6 will also be available as part of the REALVIZ HDR
Imaging Studio, which combines Stitcher, VTour 1.2 HDR and Photomatix Pro.
REALVIZ VTour 1.2 HDR will be the only software available today for the
creation of 3D HDR scenes starting from digital snapshots and panoramas.
=46or the first time ever, users will be able to add depth information to
their environment maps to dynamically light their 3D models. The REALVIZ
HDR Imaging Studio will be available for PC from late May 2007.

Pricing and Availability:
REALVIZ Stitcher Unlimited 5.6 is available in English and French* for
Macintosh and Windows at the following prices:

– Option to buy Photomatix Pro (electronic version only) from the REALVIZ
Web Store at $ 99 US/75 Euros (must be purchased at the same time as
Stitcher Unlimited 5.6)

* A Japanese-language version is also scheduled for release in late spring
2007.

** Existing owners of Stitcher Unlimited 5.5 qualify for a free patch for
version 5.5.4, which includes the Universal Binary for Macintosh, as well
as a Toolkit change.

The REALVIZ HDR Imaging Studio will be available in English for PC, from
late May 2007.

REALVIZ technology has been used to create stunning visual effects in many
recent major movies, including: ‘Blades of Glory’, ‘Zodiac’, ‘Goal!2:
Living the Dream’, ‘The Host’, ‘Children of Men’, ‘Superman Returns’, ‘V
for Vendetta’, ‘Harry Potter and the Goblet of Fire’, ‘Lord of War’,
‘Charlie and the Chocolate Factory’, ‘Sin City’, ‘The Day After Tomorrow’,
‘Sky Captain and the World of Tomorrow’, and ‘Harry Potter and the Prisoner
of Azkaban’. www.realviz.com 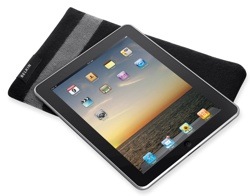 News items you should check out: September 24