OTTAWA, ON, 22 March, 2007 — There’s now a way for Mac creative
professionals to fully concentrate on their 3-D animations and high
definition multi-media projects without worrying about how to most
efficiently transmit those files between studios around the globe.
FileCatalyst — a software-only solution from Unlimi-Tech Software
Inc. — offers Mac creative pros maximum throughput and reliability
for large point-to-point file transfers such as feature films, 3-D
animations and geo-spatial images.

Previous to FileCatalyst, Mac-based creative professionals relied on
traditional software solutions for file transfers that were severely
affected by degrading network conditions. These solutions provided no
monitoring and automation for guaranteed file delivery. They also
often required hardware installation and testing that took three to
five days to physically set up for each end of a transmission, while
offering inferior connection throughput.

“We can guarantee a FileCatalyst customer’s connection throughput
improvement before they even get our software, said Chris Bailey,
Unlimi-Tech’s CEO. “FileCatalyst delivers data up to 50 times faster
than systems based on file transfer protocol (FTP).” Written in Java,
FileCatalyst provides a cross-platform (Mac, Unix, Linux and Windows)
file transfer solution that improves bandwidth utilization and file
transfer reliability to save time and money.”

Rain Network is a Brazilian company that has created a solution for
the independent cinema market by interconnecting theatres in a
digital network. With offices in Sao Paulo, Rio de Janeiro, New York
and London, Rain Network uses FileCatalyst to transmit films in
digital format, by satellite, cable and DSL to 130 South American, 23
U.S. and five U.K. movie venues.

The company routinely transmits more than 250 feature films a month,
each around 15 to 20 gigabytes in size. A feature film may be
transmitted several times to various locations depending on demand.
Fernando Fortes, Technical Manager at Rain Network, said this amounts
to at least one terabyte of data every month. Before adopting
FileCatalyst, when network transmissions were disrupted, or a data
packet lost, the company had to resend the whole file again. The
system didn’t allow for resending only the lost or delayed segment.

“We could be sending the same 20 gigabytes several times,” said
Fortes. “We’re charged by the amount of data we transmit, and a
troublesome connection means money down the drain. We paid nearly 10
times annually what we now pay for FileCatalyst.”

With facilities in Ottawa, Canada, Unlimi-Tech Software Inc. is a
world leader in making complex file transfers as easy as possible for
enterprise end users. Founded in 2000, the company has more than 500
satisfied customers, including Fortune 500 satellite users, media
companies, government agencies, and educational institutions. For
more information, visit (http://www.unlimi-tech.com). 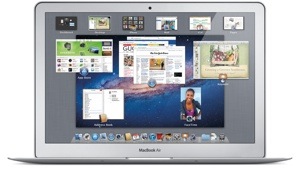